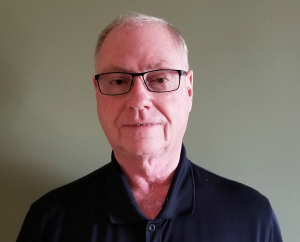 Don Mackinnon recently retired from the Manitoba Emergency Measures Organization where he served as the Director of Planning for the past 10 years.

As a senior member of the EMO executive Don and his staff were responsible for developing the all-hazards Manitoba Emergency Plan and its hazard-specific annexes, as well as operational schedules that set out specific policies and procedures; and, developing statutory amendments and regulations under The Emergency Measures Act, including the Local Authorities’ Emergency Planning and Preparedness Regulation.

Other responsibilities included the development and coordination of the government-wide Business Continuity Program, regulation of Manitoba 9-1-1 service providers under The Emergency 9-1-1 Public Safety Answering Point Act; and delivery of the 2011 and 2012 Shellmouth Dam Compensation Program under The Water Resources Administration Act and the Shellmouth Dam Compensation Regulation.

As part of his responsibilities with the Province of Manitoba and as a long-standing member of the Senior Officials Responsible for Emergency Management – Interoperability Working Group, Don has worked extensively with representatives of the Government of Canada, with other provinces, territories and states, and with the U.S. Department of Homeland Security, and with the Associations of Chiefs of Police, Fire and Emergency Medical Services on public safety telecommunications and development of public safety broadband networks particularly on matters of policy and governance.

Over this 10 year period Don also performed the duties of relief Manager in the Manitoba Emergency Coordination Centre, and Plans Chief during large-scale, multi-site emergencies, including 2009, 2011 and 2014 floods, and large wild land urban interface fires.