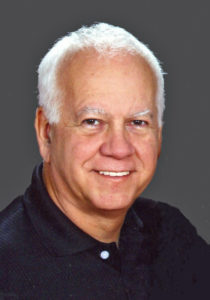 Gord Favelle (M.Ed. Psych, Firefighter NFPA 1001) worked for 36 years with the Province of Manitoba primarily in Health and the Office of the Fire Commissioner.  Within Health he held positions such as Director of Mental Health, Mental Health Emergency and Disaster Coordinator, Director of the Youth Suicide Information Centre, and a Child and Adolescent Mental Health Programme Specialist. Within the Office of the Fire Commissioner he held the positions of Manager/Clinical Director of the Manitoba Critical Incident Stress Management (CISM) Network and Youth Fire Stop programme.

During his time in Government he was a co-developer of the Manitoba Critical Incident Stress Management Network, Community Trauma Postvention (CTP) services for the Regional Health Authorities and psychosocial disaster recovery programmes for the forest fires in Manitoba (1989), 1997 floods in Manitoba, Swiss Air 111 crash (1998), Tornado in Elie Manitoba (2007), etc.  He has had training, and was a member of, the International Critical Incident Stress Foundation and a founding board member of the Canadian Traumatic Stress Network.

He has been involved in numerous debriefings and community trauma postventions nationally and internationally since 1989. He has provided responses and numerous training sessions and workshops on CISM, CTP, Trauma and psychosocial recovery in Canada, USA, Albania, Kosovo, China, Mexico and the Czech Republic.  Gord has also published articles on CISM, CTP, psychosocial impact of disasters as well as co-authored two manuals on setting up psychosocial programmes in refugee camps.  Gord also spent eight months in 1999/2000 on a secondment with the International Children’s Institute where he was responsible for setting up school and community based psychosocial programmes for children affected by the war in Kosovo.