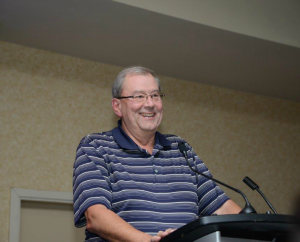 Paul was employed for over 40 years in municipal law enforcement, federal security and with Manitoba EMO. During his career with the Winnipeg Police Service he spent 12 years on the Police Disaster Team, including 10 years on the City’s Emergency Preparedness Coordinating Committee. In addition to professional programs at the Canadian Police College, Paul completed the entire catalogue of courses offered by the Manitoba Emergency Management Organization and multiple courses at the Canadian Emergency Management College in Ottawa.

He was qualified in Incident Command 100 – 300 by the Manitoba Emergency Services College of Brandon and by the Winnipeg Fire Paramedic Service in Hazardous Materials Response Level ll.

In conjunction with the City’s Emergency Coordinator, Paul helped to develop and deliver the Winnipeg Emergency Management course to municipal employees and stakeholder organizations. Paul also spent more than 6 years teaching at the Canadian Emergency Management College in Ottawa and on behalf of Manitoba Emergency Measures Organization at numerous small towns, municipalities and Northern Affairs or First Nations Communities.

Paul is a subject matter expert in the development and execution of emergency management exercises, designed to teach or validate government and municipal emergency management plans and teams. He was one of the designers and the Simulation Team Leader for the 2010 Interlake Regional ” Exercise Shooting Star”. This event was recognized as the largest and most complicated exercise held in Canada to date.

Volunteering with the Manitoba Disaster Management Conference since 2000 has exposed him personally to many of the renowned speakers who appear at this premiere conference.

Operationally, Paul has participated in events ranging from the 1997 Manitoba Flood of the Century and the 2011 Flood of This Century, multiple airplane crashes, hazardous material fires and spills, biologic contamination events, forest fires and evacuations and multiple hazardous material train derailments.